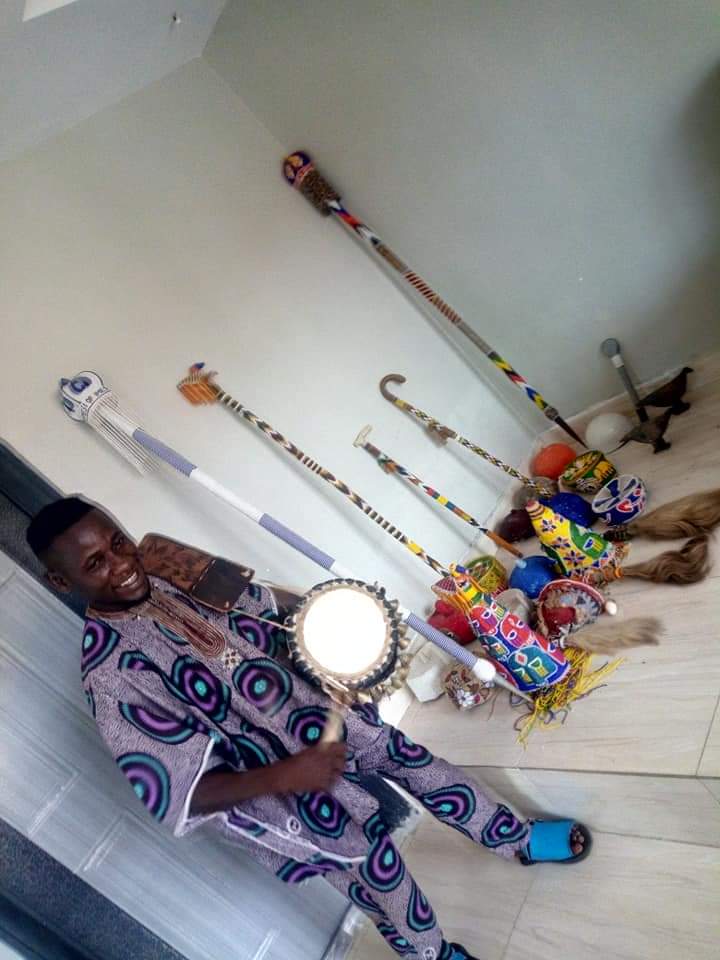 Nobody could say with certainty when Imesi-Ekiti was founded but the number of Kings that had ruled the town and the longevity of their respective reigns points to the fact that the town must have existed by the 16th century. Oba Festus Olatunji Olatunde Olaibiyemi II, the present Onimesi of Imesi-Ekiti is the 23rd Oba to reign and the reigns of the last three-span over a century. The past and the present rulers of Imesi Ekiti are as follows:

At the heights of her power, Imesi’s influence was felt as far as River Ofifa (near Aere), now the boundary between Kabba and Akoko Division. Imesi kings had an immense influence on the establishment of towns like Isinbode, lrọ, Eda, Ilasa, Irun, Afin, Ese, Oge (Oke Agbe were reported to have migrated from Imesi-Ekiti).

Historical pieces of evidence not only clearly show that the Onimesi of Imesi is one of the crowned Obas in Yoruba land, but also that Imesi-Ekiti was once, one of the very powerful kingdoms in the Yoruba hinterland before the wars of the 19th century. The Onimesi was from the onset one of the Pelupelu kings in Ekiti Land. Such was its power, influence, and prosperity that by the 18th century the central part of the town was carpeted with a  potsherd, a feature associated only with ancient towns like Ile-Ife, Oyo, and Benin. In addition, the founders of other Imesi’s Oke-mesi, Imesi-Ile (in Ọsun State), and Imasai (in Ogun State) were reported to have migrated from Imesi-Ekiti as a result of dynastic disputes.

However, the fratricidal and internecine wars of the 19th century which devastated the Yoruba country dealt a disastrous blow on the fortunes of Imesi-Ekiti. As reported, the town was attacked on seventeen different occasions before she was subdued, ravaged and many of the inhabitants carted away to other parts of Ekiti land in particular and Yoruba land in general.

Thus, Imesi-Ekiti which was one of the powerful Yoruba kingdoms was completely eclipsed by the consequences of the devastating wars to the extent that at the end of the 19th century there was considerable loss of sight of her important position in the history of Yoruba land.

Imesi-Ekiti could boast of only a Primary School, St. James’s School by the middle of the present century. But by the middle of the 20th century, Imesi has six Primary Schools, a Secondary School (named after the founder of the town – Ojugbaye) a Maternity Centre, and a motorable road network. The favorable disposition of Imesis to strangers (an offshoot of Oba Olaibiyemi strategy of repopulating a devastated kingdom) had led to an influx of people from other parts of the country to the town. As of now, the town has over eighty (80) camps/farmsteads (some with Primary Schools) inhabited mainly by the Akokos, Ebiras, Ibos, and Hausas. These have led to an unprecedented increase in the social-political and economic activities in the town.

For a long time, Imesi-Ekiti was derogatively referred to as ‘Lasigidi a suffix that had been discovered to be of no historical or cultural importance to the town. The decisions of Imesi Sons and Daughters to remove the suffix ‘Lasigidi’ were formally granted and gazetted by the State Government, thus restoring the original name of the town to Imesi-Ekiti.

The name ONIMESI describes/depicts him as the original owner of Imesi; as the title of her offshoots are either Owa or Oloja.

what is your thought?